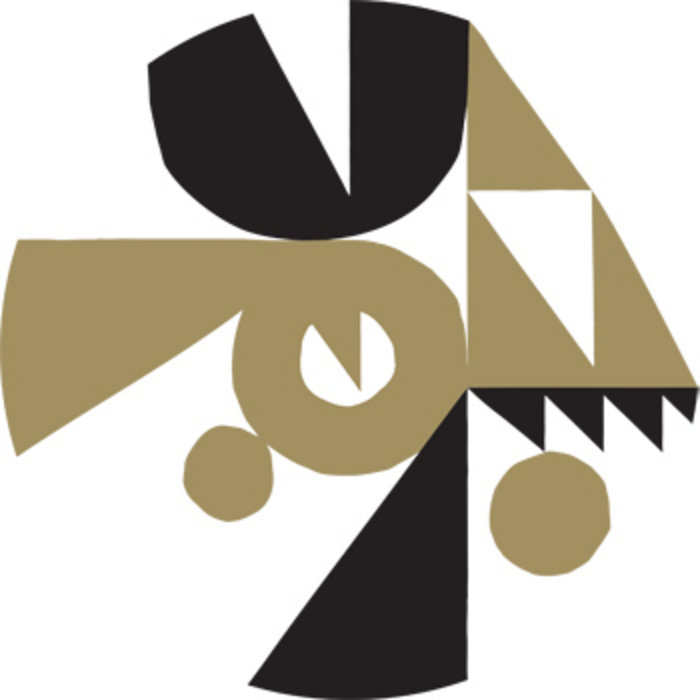 Matthew G. I have been waiting for this EP, ever since hearing the Dirt Tech Reck special with Benji B almost exactly a year ago. Favorite track: Snow Cold.
more...

The comrades of Tiny Hearts ™ (Waajeed, Dede Reynolds, Tim K) met at a bar beneath the J train in New York City. Cadillac margaritas and invisible hands pushed the three to a southside basement for a late night listening session. Resulting remixes led to original mixes, and the group was formed. Voices from the beyond, esoteric concepts and milkshake metrics all played a role in this groups' fruition. The result: a reflection of intention.

Waajeed, a founding member of Detroit's Slum Village and Platinum Pied Pipers, was in a period of deep introspection when he met Brooklyn duo DEDE (Dede Reynolds and Tim K). As a key figure in the collaboration, he shapes the sonic palette now known as Tiny Hearts ™.

Tim K is a jazz-trained producer and composer bringing a unique melodic sensibility and lyrical identity to the Hearts. He is the glue of the trio.

Dede Reynolds, a nomadic chanteuse, contributes her icy pure vocal texture, creating the stark contrast to Waajeed's gritty tracks that defines the sound. Her love of French pop, vintage fashion and Italian horror
shapes the auditory and visual representation of the band. She is the centerpiece of the hearts.

The group debuted on the DIRT TECH RECK takeover on Benji B's BBC radio show in late 2012. Circulation and word of mouth created a buzz, resulting in support from KCRW's Garth Trinidad, Aaron Byrd and Anthony Valadez, KEXP's Dj Alex, as well and countless other
radio and club DJs across the globe. They were included in KCRW's Top 50 chart 10.28.13.

“Stay,” the first EP from Tiny Hearts™, is the result of two years of trans-continental collaboration, studio incubation, and friendship. The four-song debut is as hard as it is soft, as Detroit as it is L.A., equally well suited for seriously getting down or not-so-seriously kicking back with a glass of something. Blog giant Pigeons & Planes featured single "Stay" as a song of the week 9.20.14. Bandcamp featured the release on their weekly podcast, and Okayplayer streamed the EP upon it's release. The trio performed and previewed the EP in an invite only Boiler Room session at LA's HVW8 gallery 9.14.13.

Artwork - The striking look of the limited release, handmade covers of the “Stay” EP was realized in collaboration with two visual masters who are dear to the trio, artists Cody Hudson and Munguni. Chicago-based Cody Hudson is a rising star in the contemporary art world who shows internationally and collaborates with Vice magazine and Nike. Japan-based Munguni’s line drawings attracted Tiny Hearts ™ band members via the prolific powers of Instagram.

Videos - Under the direction of two cinematic innovators, Tiny Hearts ™ has created two music videos to support the “Stay” EP. Aron Kantor directed the Dario Argento-inspired video for “Centerfold,” which premiered on Okayplayer. The video for title track “Stay” was realized by the powerhouse duo of director Justin Kelly (The Gossip’s “Men in Love") and cinematographer Chris Blauvelt (Sofia Coppola’s “The Bling Ring”). It premiered on Pigeons & Planes 10.1.13

The comrades of Tiny Hearts™-Waajeed, Dede Reynolds, Tim K -met at a bar beneath the J train in
Brooklyn. Cadillac margaritas and invisible hands pushed the three to a southside basement
for a late night listening session. Resulting remixes led to original mixes, and the group was
formed. Voices from the beyond, esoteric concepts and milkshake metrics all played a role in this
groups' fruition. ... more

Bandcamp Daily  your guide to the world of Bandcamp